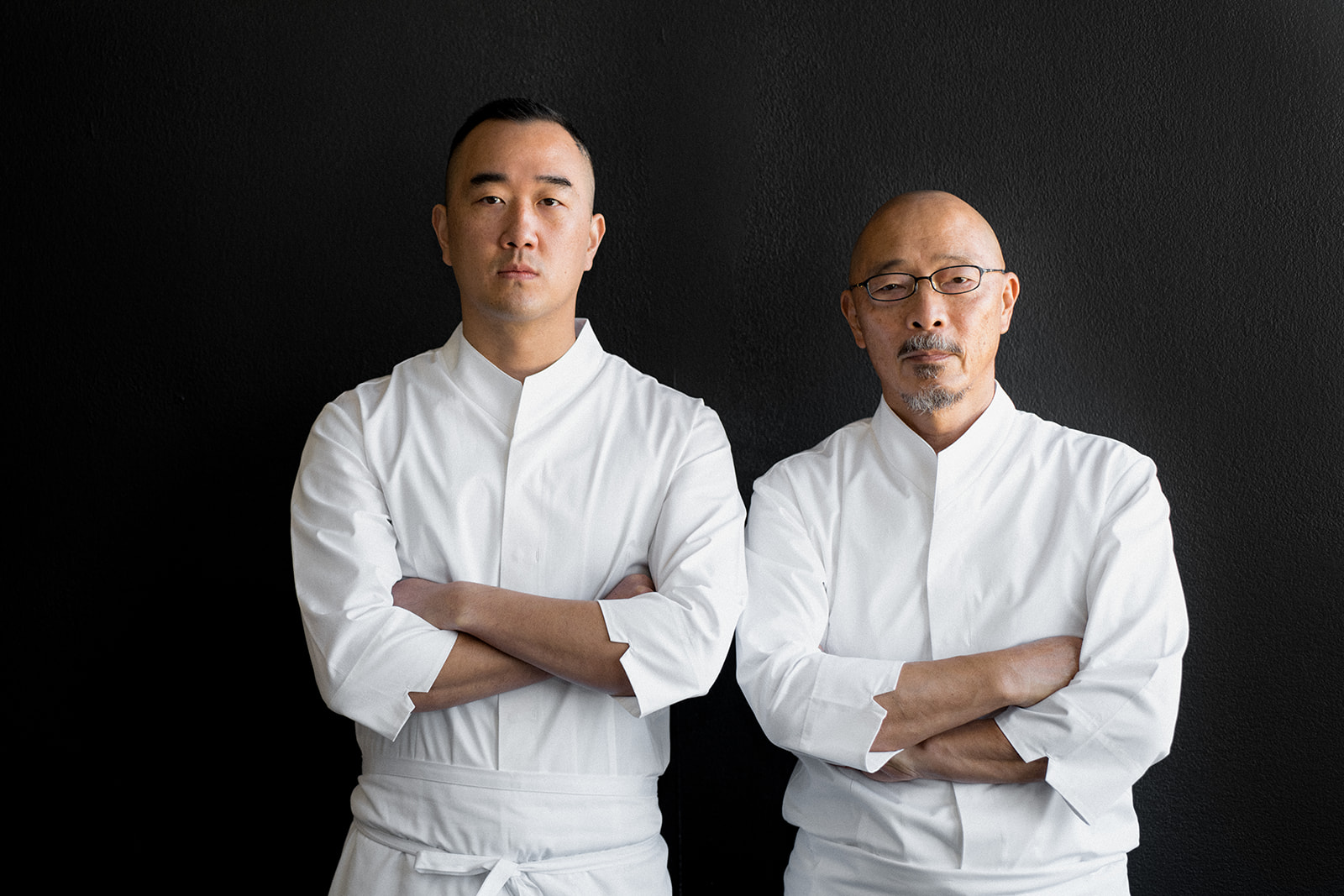 Shinichiro Kondo, “Shin” was born in Nagoya Japan. Originally interested in working with interior design, Shin began training with a local interior design company, while working part time at a Japanese cuisine restaurant. This was the beginning of his culinary career.

Still young and undecided, Shin left for Europe and traveled for a year, exploring what he wanted to do. He ended up in London for six months, working at a Bento company producing and delivering boxed lunches for the local Japanese companies.  Through relationships with his peers and mentors, Shin became focused and used this time to become disciplined about his life.

During this time, sushi was becoming popular in the United States. When a friend of Shin’s asked him to move to New York to become a sushi chef, he jumped on the opportunity. In New York,  Shin worked for many sushi restaurants. He became inspired by the famous celebrities that frequented the restaurants. Barbara Streisand, Mick Jagger, Mikhail Baryshnikov, Madonna, Ono Yoko and Gregory Hines are just a few of them.

For almost twenty years, Shinichiro Kondo made his rounds through the Japanese restaurants of New York, until one day in 2001, an opportunity to work with famed chef, Nobu Matsuhisa came along. Shin trained for a short while at Nobu New York, and was then transferred to Nobu in Las Vegas as a line sushi chef. In 2005, Shin then became the head sushi chef for Nobu Las Vegas. In addition to his duties as head sushi chef of the Las Vegas location, he was the Corporate Executive Chef of Nobu. He traveled all around the world mentoring and training young sushi chefs, inspiring them to one day take his place at future Nobu locations.

Shin’s philosophy on food is very simple, and his passion for the food arts is quite evident in his creations. “The food is the star.” says Shin.

Jimmy Park was born in Los Angeles, California and was raised in Oahu, Hawaii. Jimmy got his start in the restaurant industry when he completely immersed himself after dropping out of high school. After a beautiful surprise came his way at the age of 22, Jimmy was determined to become a “somebody” with his career. He not only wanted to make his family proud, but he wanted those with not so perfect backgrounds to one day be inspired as well; thus he began his real journey.

Moving from state to state, restaurant to restaurant, Jimmy didn’t stop until he mastered whatever was thrown his way in the kitchen. Jimmy’s skills were fully tested and refined when he started working with the Nobu companies. He started out at Matsuhisa in Aspen, made his way to Nobu San Diego, and from Nobu San Diego landed in Las Vegas. In Vegas, Jimmy worked at Kabuto, a very respected omakase restaurant solely focused on edomae style sushi. From there, Jimmy made his way back to Nobu at their Dallas location. Training under a roster full of respected and well known chefs, Jimmy’s skills improved dramatically and fully blossomed into a life skill.

After all the experience he’s gained and all the time he’s dedicated to perfecting his craft, Jimmy has finally decided to open his own restaurant, Shoyo.